Axis Venus 4 is designed mainly for demanding XC pilots, who in addition to very high performance, appreciate very good passive safety, for this category, which along with the traditional axis-handling makes Axis Venus 4 the perfect glider for (not-only) long flights.

Prior to serial production, we tested the abilities of Venus 4 by participation in the open championship of the Czech Republic, where piloted by team-pilot – David Ohlidal, who finished in beautiful 2nd place in the overall ranking (this achievement is even more valuable, since David had no opportunity to test the glider prior to competition and got it the evening before the race itself! In addition, the race was attended by more than 15 racing specials “two-liners”!).

Since Venus 4 is primarily glider flying on long XC-flights, we gave it to a friend XContest Vítek Fedra. for intensive testing through his expedition to Brazil Quixadá. The results speak for themselves: 1 x over 400 km, 3 x over 300 km , 6 x over 100 km, 2600 km in total.

Axis Venus 4 is designed as a very slim ellipse (6.8). It has 3 rows of lines (A, B, C). This, together with the original line-branching, allow us to reduce drag of lines by almost 40 % in comparison to previous models. Leading edge, reinforced in traditional Axis fashion by plastic rods, is fitted with the new APS system (specially shaped inlet, which significantly streamlines the flow around profile and thus greatly improves the behavior and stability of the glider at all usable angles of attack).

The novelty is the use of plastic reinforcements over C row, which provides Venus 4 (together with low weight) with excellent behavior in the collapse of the glider (with all colapse results in either EN-B or EN-C range). On the other hand, the use of power-steering-brakes and very thin risers were already successfully used in previous designs, such as with Axis Vega 4 or extremely successful Axis Comet 2.

From the racing Axis Mercury Sport glider construction, we used the so-called “miniribs”, which allow much more sophisticated shaping of the trailing edge angle, and thus achieve a higher max. Speed.

In particular be noted that Axis Venus 4 is very light – only 4.9 kg (size M). This was achieved using entirely new materials: support ribs and diagonal ribs are made fabric: S70032 E4D which weights only 32 g / m2. From the same fabric, but in the specification E3H bottom canopy surface. This material, known commercially as Skytex 32, has the same durability as the previously used Skytex 40 (40 g / m2) Upper canopy surface is made from traditional Skytex S 9017E25A ( 38 g/m2). All of these materials are from a traditional manufacturer of paraglider fabric Porcher sport.

We purposely did not use the popular and well known Skytex 27 (27 g / m2). This material is reserved exclusively for mountain Venus 4 UL version, but this version is to be expected that lower weight is compensated by lower canopy life/lasting). 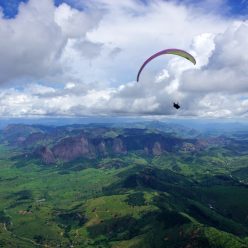 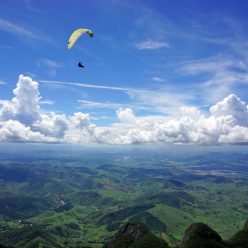 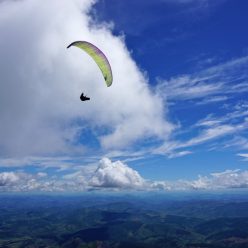 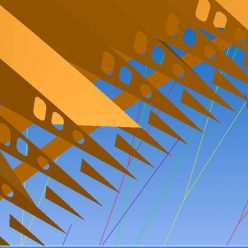 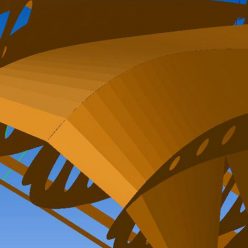 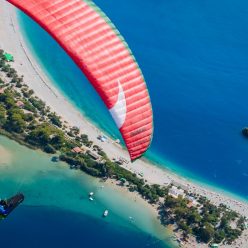 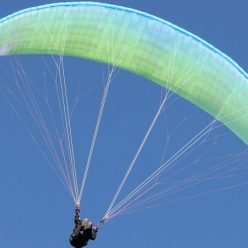