What if you could have a balanced glider that has both top performances and high passive safety ? Well it looks like you landed in the right page of the paragliding internet !

The Comet 4 was a development from its predecessor, but with a new profile and higher AR, which resulted in higher glide-ratio in all speeds.

When developing Comet 4 we also focused on improving of handling and forces in brakes, as a result, the Comet 4 is now even more manoeuvrable than it is predecessor and very easy to handling

It is very light, also very suitable for fans of “hike and fly”  and also possible to fly with engine /PPG/

And is, of cource , suitable for winch starts.

The glider is produced in 5 basic color combinations: Flame, Summer, Spring, Melon and Eco. On request, it can be manufactured in color combinations according to the customer – but it is necessary to count with extra charge and longer delivery times.

Just as all of our gliders the Comet 4 is manufactured in Czech Republic in our facilities. Using 100% made in europe materials

THE BEST OF WHAT EN-B CATEGORY CAN OFFER
Balanced performance was what we aimed to do.
And we firmly believe that this glider will be the perfect XC companion for the young pilots in their progression but also for more experienced pilots who seek amazing performance combined with more comfort in turbulence ! 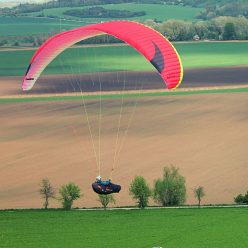 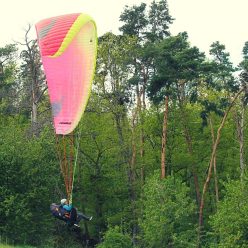 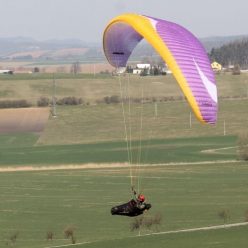 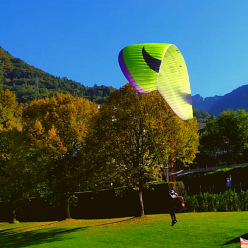