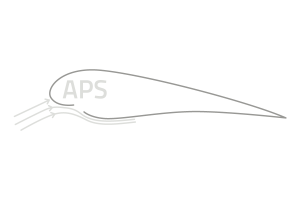 The APS technology (Axis Pressurized leading edge system) is a special shape for the leading edge and the profile, created by crossed plastic rods. 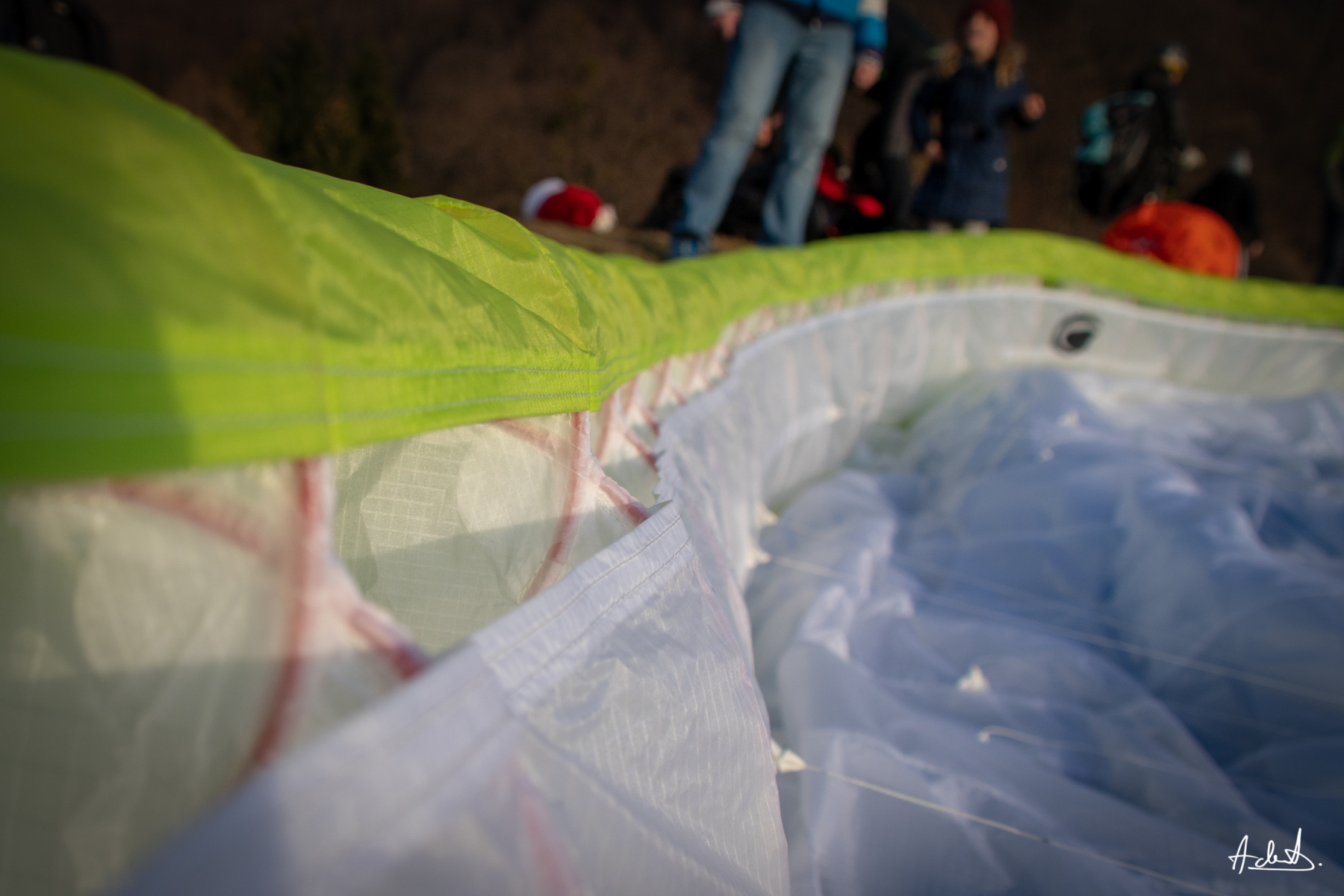 Internal pressure is a really important parameter for performance safety, and stability.
The higher point of pressure on a profile is called the stagnation point (where the airstream separates in two parts: one that goes on the top surface and the other one on the bottom)

So to have a high IP (internal pressure) you need to have the air intake placed on the SP (stagnation point). But the SP moves with the incidence…

Therefore, you had two solutions before the implementation of this technology:
– a front air intake, it brings good IP at high speeds but low IP at low speeds. Also, you’ll get bad inflation on take off and hard to recovery parachutals or stalls.
– a rear air intake, makes the opposite and brings bad shape when accelerated that brings a huge loss in performance and create a collapse in the worst case scenario.

So, the solution was to have a large air intake that covers most of the speed range but doesn’t really give optimal IP at all angles of attack.

The concave shape created by the crossed plastic rods, allows to have a good airflow coming in the glider at all angles of attack without deformation, thus having a nice IP without having to compromise.

The advantages of this technology are :

INTRODUCED IN 2011
We used the APS technology for the first time on the Comet 1.
Ever since we are implementing it in all our gliders.